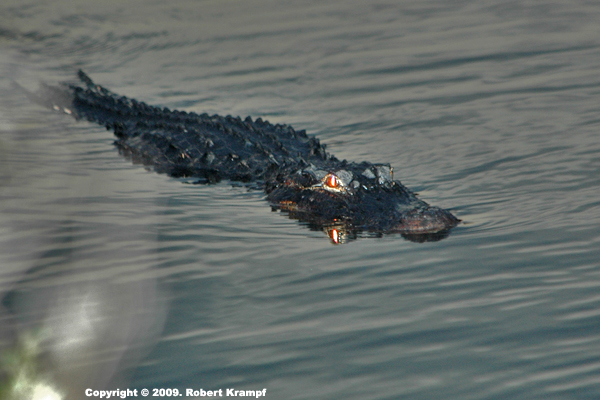 Today was a wonderful day! We went to the Everglades and saw lots of wildlife. Part of the fun of traveling is getting to play tourist, and National Parks are some of our favorite tourist stops.

It was dark by the time we left the Everglades and on the way out, we were watching very carefully in hopes of spotting a Florida panther. We did not see one, but it did give me the idea for which experiment to do this week. Have you ever seen the glow of an animal's eyes reflecting the headlights on a car or the flashlight you are holding? If not, you can try it. You will need:

Take the animal and the flashlight into a darkened room. It does not have to be totally dark, but the dimmer the light is, the better. Place your pet on one side of the room and move to the other side. This may be easier with some pets than others. I have found that a plate of food is a good way to keep your pet in one place for a few minutes. Hold the flashlight beside your head, near your eyes and shine it towards your pet. You will see the animal's eyes glowing.

Why do its eyes glow? It is because of something called a tapetum lucidum. This is a shiny layer, behind the light sensitive cells in the eye. When light enters the animal's eye, it passes over the light sensitive cells, hits the shiny surface of the tapetum lucidum and reflects back over the cells a second time. Each cell gets twice as much stimulation, allowing the animal to see in much dimmer light. 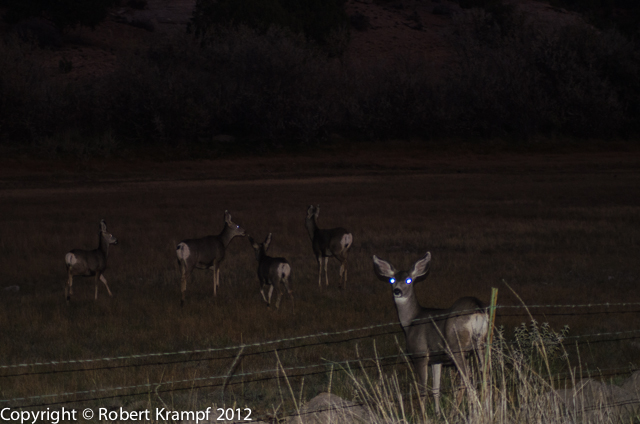