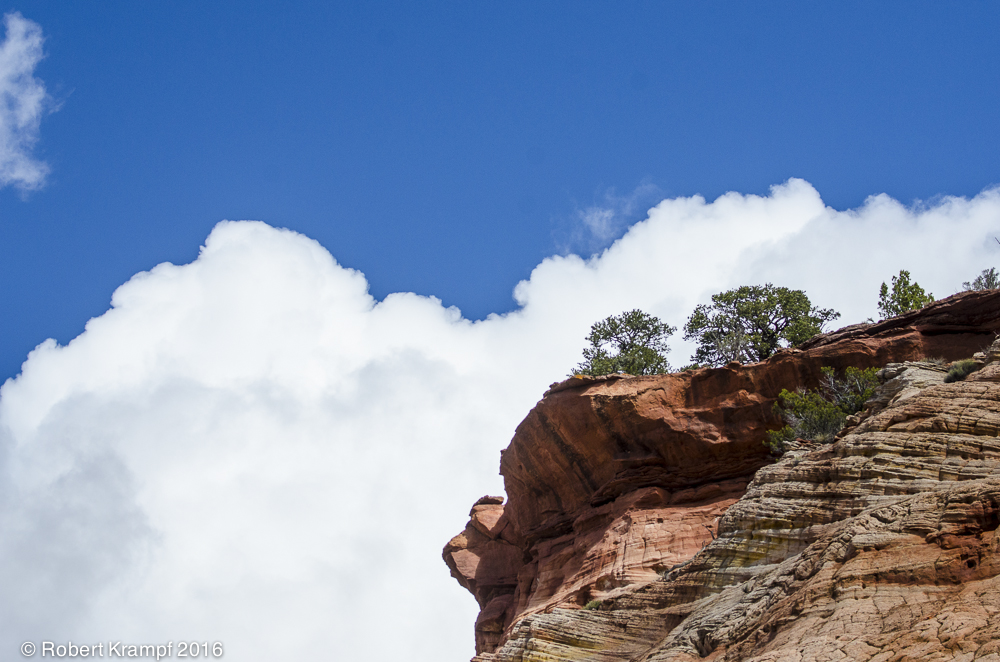 Spring has come to Johnson Canyon. Although we will probably get more snow, and will definitely get more freezes, the wildlife has decided that it is time to get started with springtime things. The mule deer keep moving up and down the canyon as the weather shifts, but more seem to be heading north than south. The warmer days lure me away from the computer, to get some exercise outside with photography. 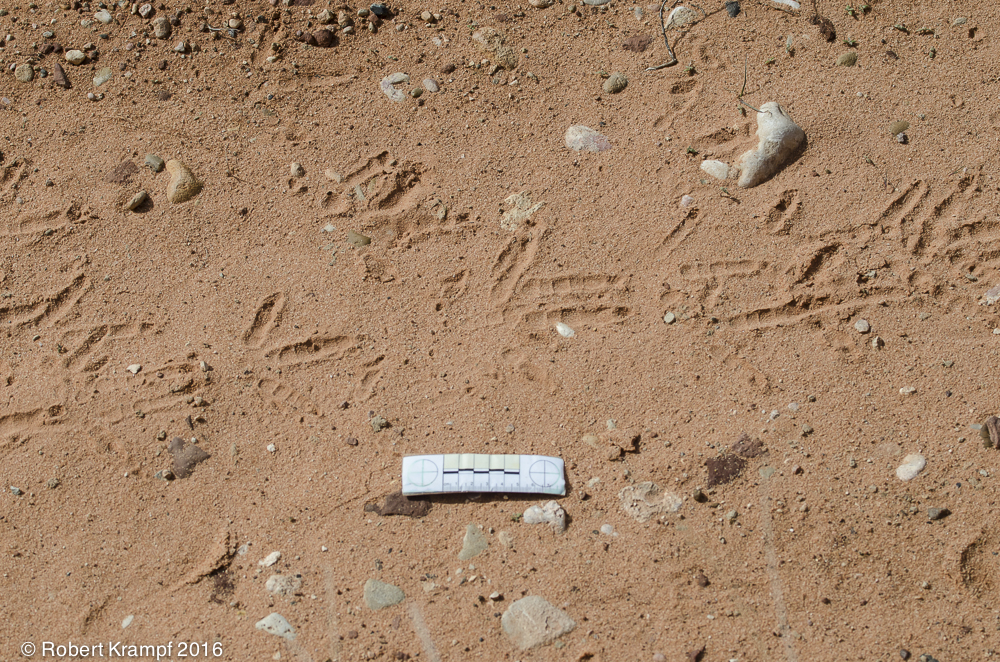 A flock of wild turkeys moved past the house today. I did not get any photos of the turkeys, but heard them gobbling, and got some nice shots of turkey tracks. 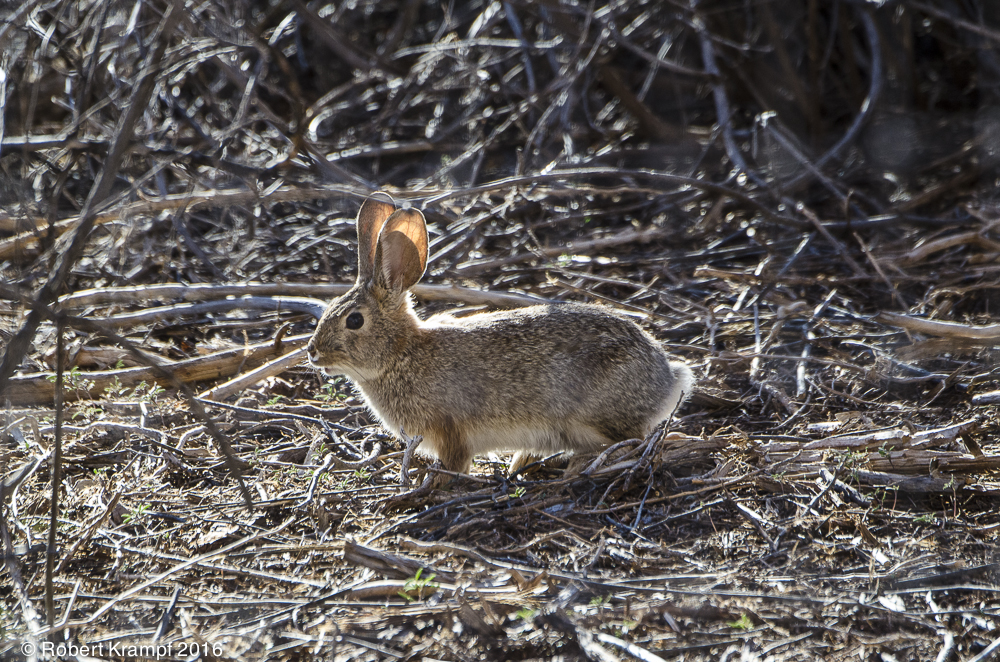 Last year's baby bunnies have matured, and are quickly learning to come running when I throw out carrots and bird seed for the critters. I do what I call "birditation" every day. I throw out birdseed and carrots, and then I sit on the porch and watch the wildlife. Paying attention to sounds and behavior, it is amazing how much you can see and hear that normally goes unnoticed. I can tell that the cat or a hawk is coming long before they actually appear. 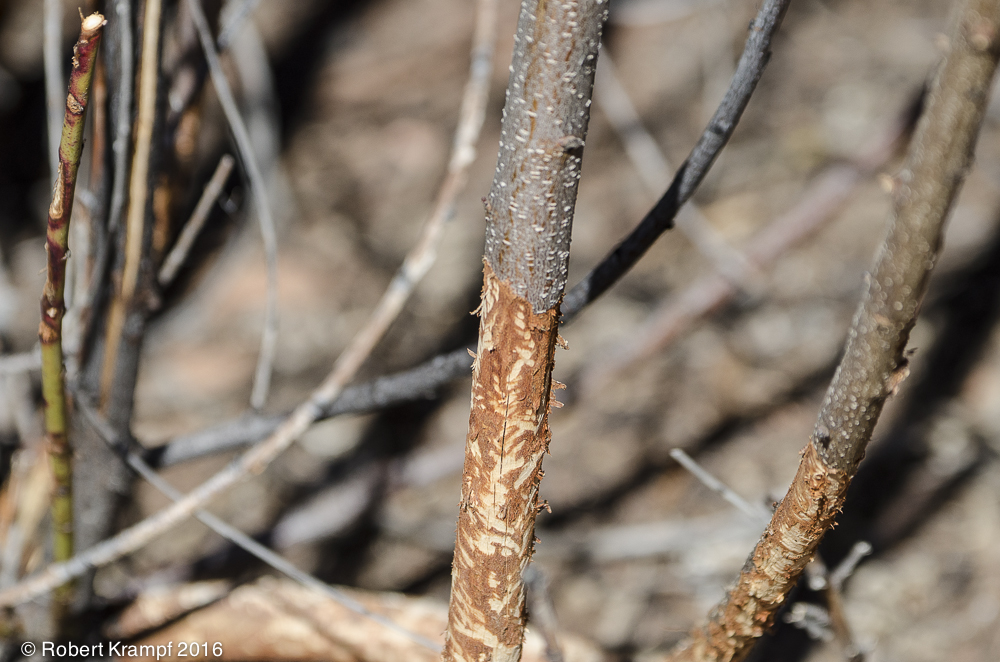 When they run short on carrots, they nibble the bark on the young trees around the house. Luckily, these are side sprouts or "suckers" that would have to be trimmed anyway. The bark of young shrubs and trees is an important source of nutrition for many animals, and for rabbits, the gnawing helps wear down their teeth. Unlike us, a rabbit's front teeth keep growing, and would grow too long if they were not worn down by gnawing. 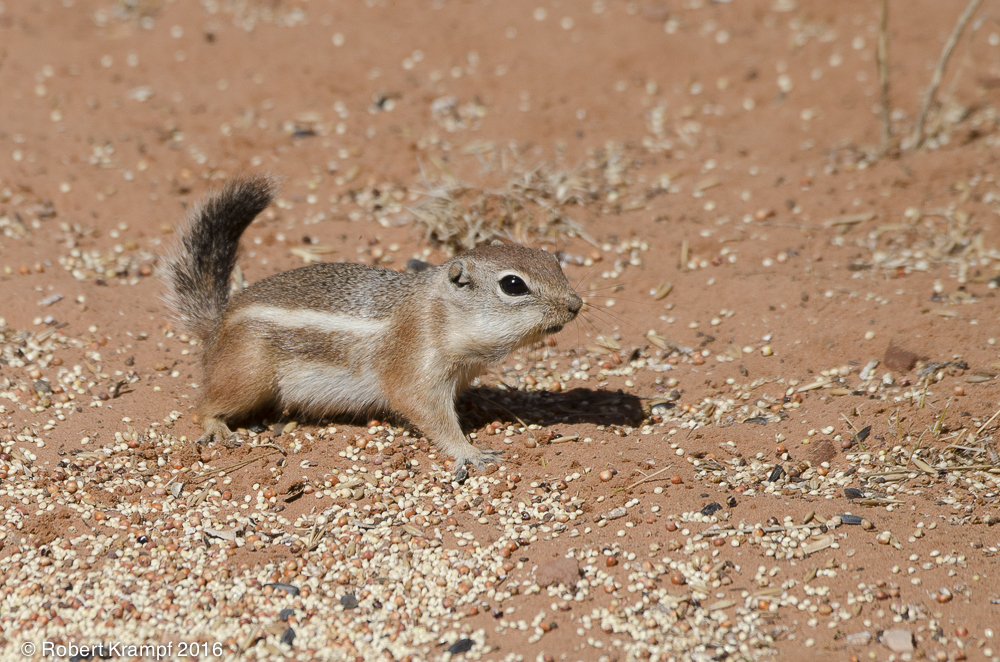 The birdseed brings in lots of birds, but it also attracts a variety of other creatures. This is an antelope squirrel, a very pretty little creature about the same size as a chipmunk. 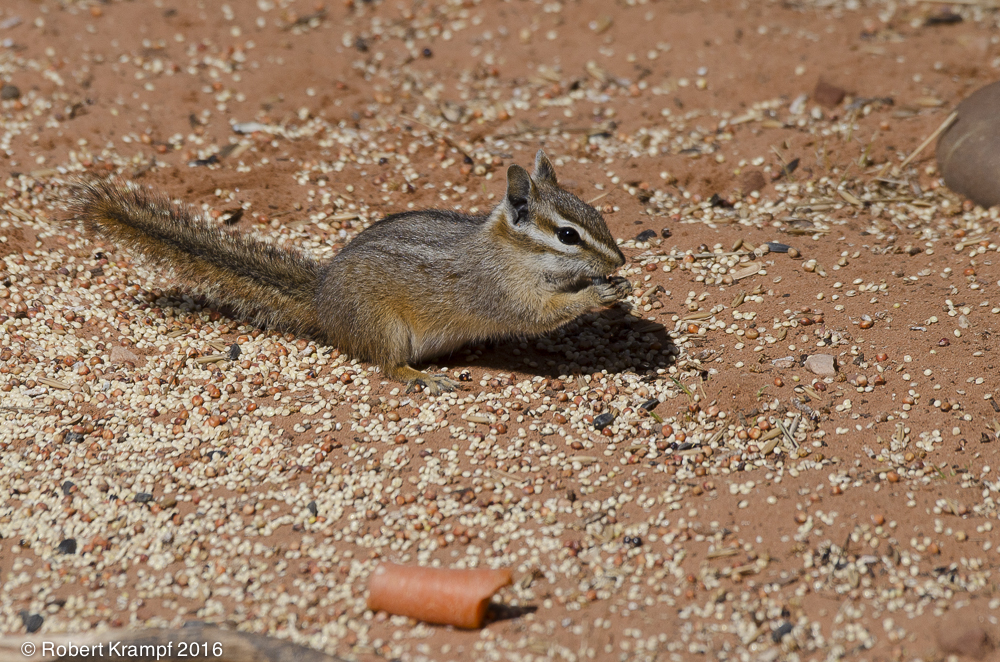 We get plenty of chipmunks too. They eat the birdseed, but also carry away chunks of carrot. 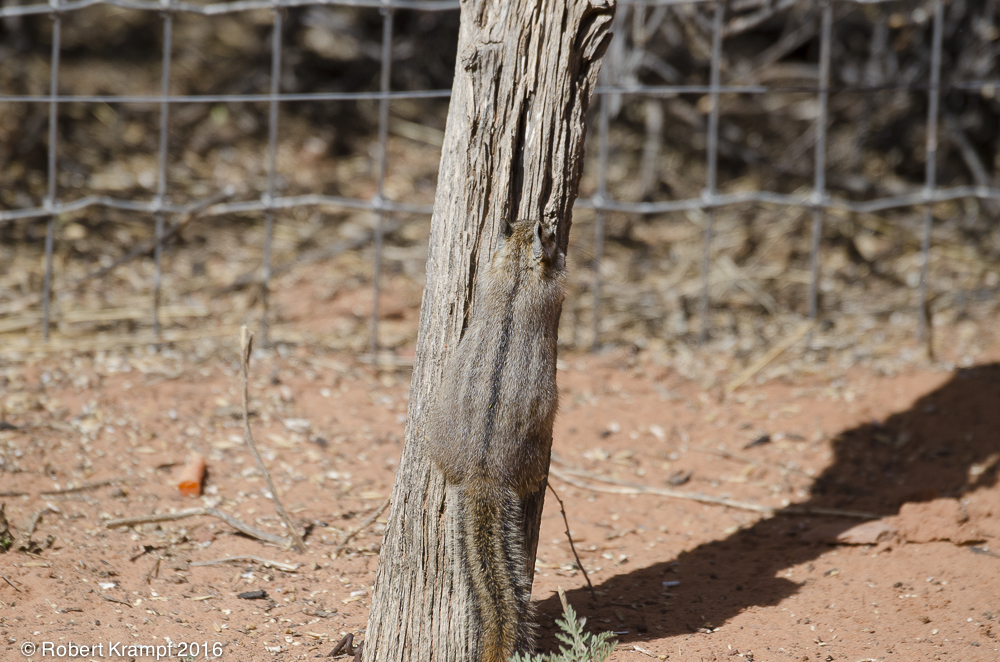 I like this photo because it shows how well the chipmunk's stripes act as camouflage. With him sitting still on the wood, it is easy to miss him. 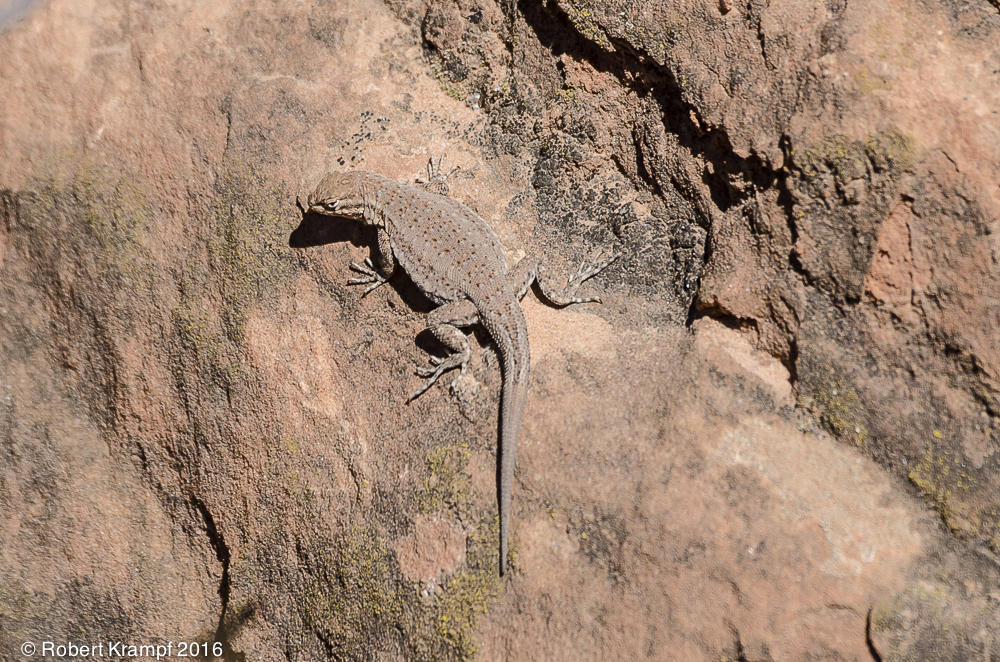 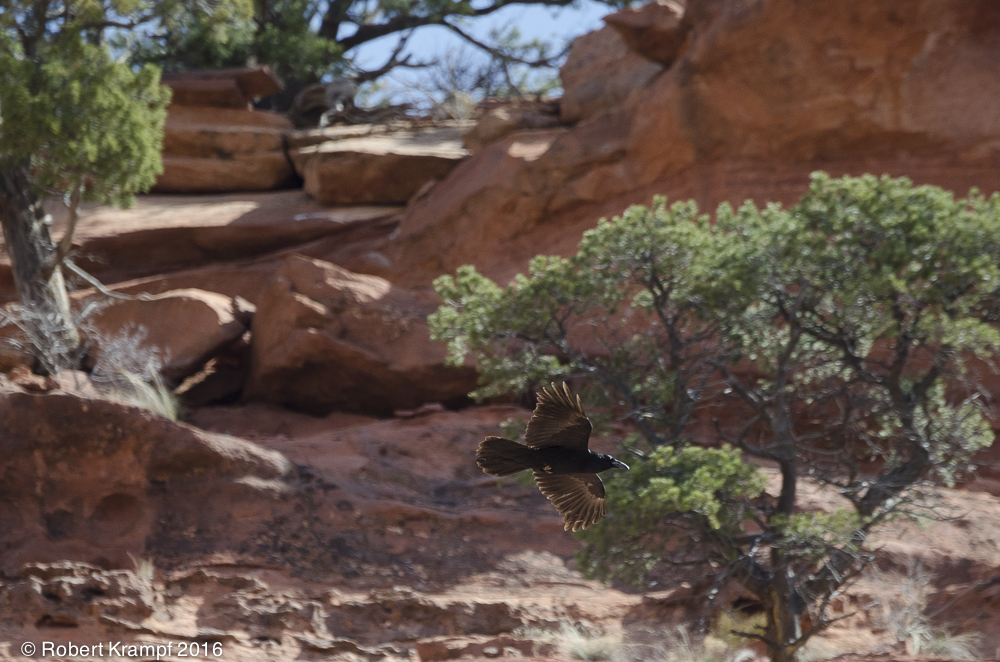 And although I have hundreds of raven photos, I can never resist taking just a few more. This is one of a pair that have been checking out the cliff behind our house, probably looking for a nesting site. It sure would be nice if they nested here where we could watch them as they raised their young.