This investigation comes from a request made by a teacher. She wanted an easy way to demonstrate how different states of matter react to pressure.

To try it you will need:

We are going to try squeezing a solid, a liquid, and a gas, to see how each reacts to pressure. 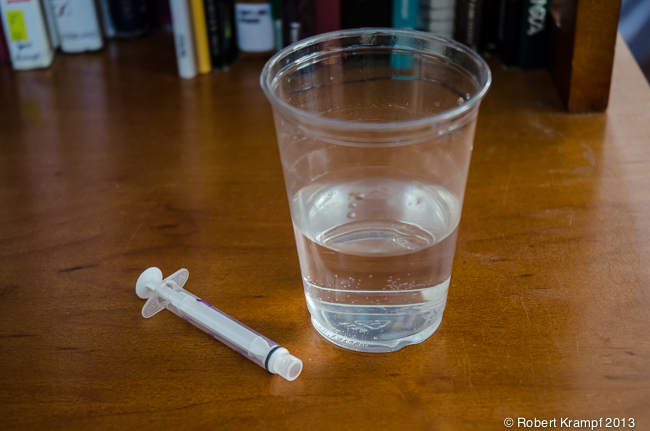 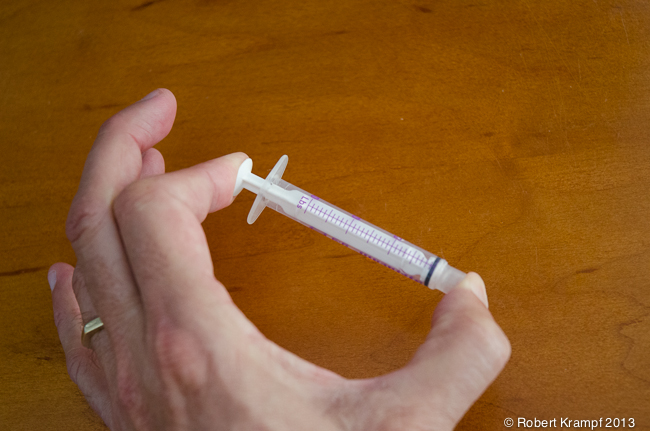 Lets start with the plastic syringe. It is made of plastic, which is a solid. Place it between your finger and thumb, and squeeze. What happens?

Not much happens. In a solid, the atoms are very close together, and are in a fixed position. Applying pressure does not squeeze them into a smaller space. If you apply enough pressure, you may cause the solid to break, or you may bend it into a different shape, but it will not get any smaller. 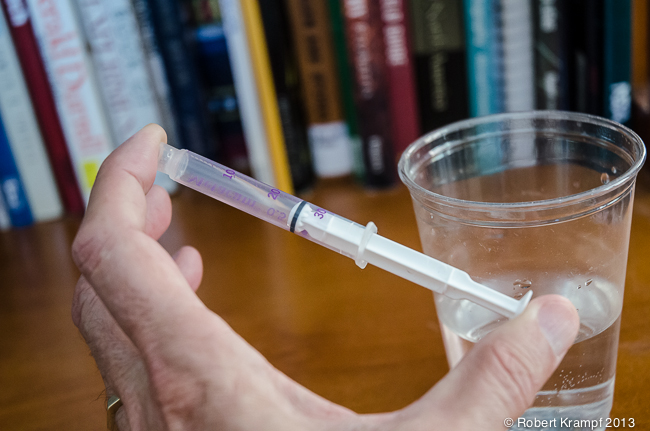 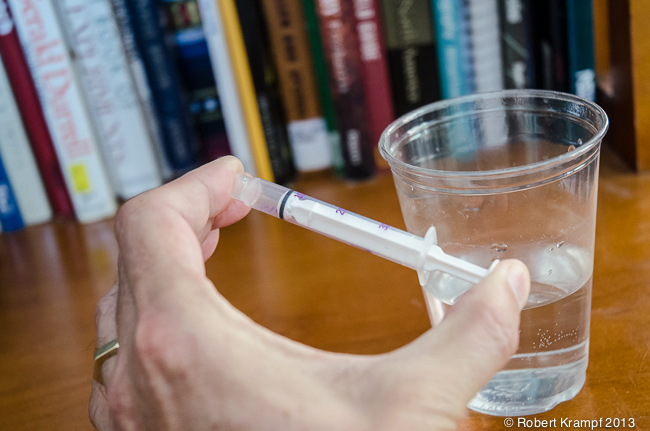 As you apply pressure, the air is squeezed into a smaller space. The harder you squeeze, the smaller the gas gets. In a gas, the atoms are far apart and moving around freely. A gas will expand to fill its container, and under pressure, can be squeezed into a smaller space. All gases are compressible. So are plasmas (another state of matter), but I could not figure an easy way to fill the syringe with plasma.

Now lets try compressing a liquid. Fill the syringe with water. Press the plunger slightly to be sure there is no air in the syringe. Use the same procedure you used with the air, covering the opening with your finger, and pressing with your thumb. What happens this time? 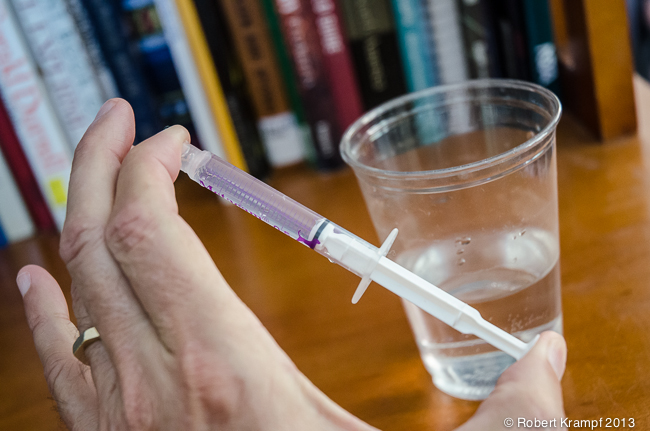 You can't compress the water. In fact, if you squeeze hard enough, some of the water may force its way past your finger to spray out and get you wet. In a liquid, the atoms are almost as close together as with a solid, but they are not in a fixed position. The liquid can flow easily, but you can't squeeze it into a smaller space.

Well, that seems pretty simple. Gases and plasmas are compressible. You can squeeze them and make them smaller. Solids and liquids are not compressible. Applying pressure may cause them to change their shape, but not their size.

Now lets try something that will take a bit more though. Look at a sponge. It seems to be a solid, right. It doesn't act like a liquid or a gas. But what happens when you squeeze it? 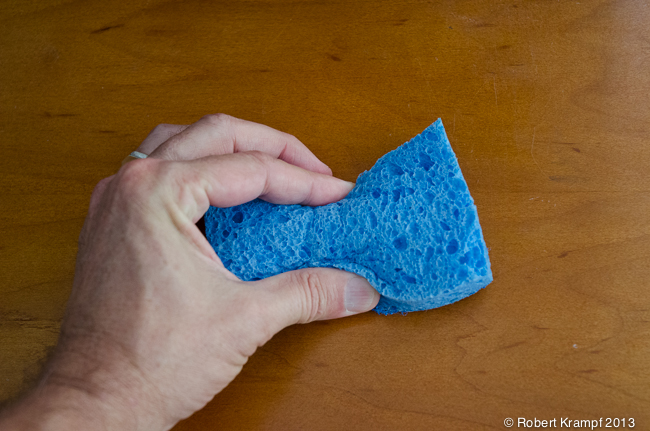 It gets smaller! Why? If you look closely at the sponge, you will see that it has lots of holes in it. The sponge is actually made up of a mixture of solid and gas. When you squeeze it, the solid part changes it shape, but stays the same size. The gas in the holes gets smaller, so the entire sponge takes up less space. Because the sponge is not sealed, some of the gas also escapes, but if you cut a piece of sponge and put it into the syringe, it would still compress.

Look at other objects that are compressible, but seem to be solid. Try squeezing a pillow, a tennis ball, or a marshmallow. Why do they compress? Think about what is inside them and compare them to the sponge to get the answer. Once you do, eat the marshmallow as a reward.

Have a wonder-filled week!