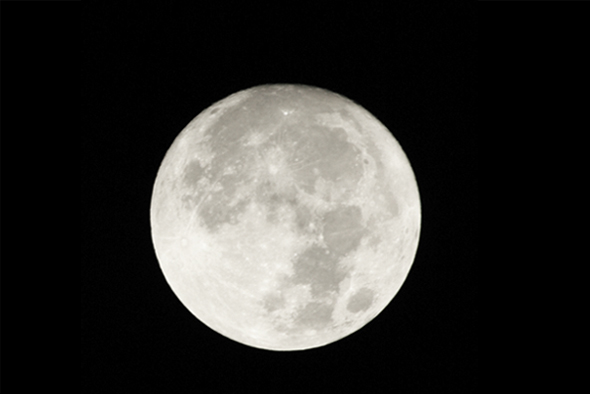 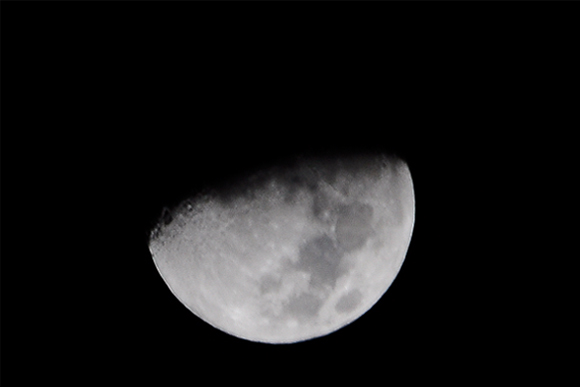 Have you ever been outside on a clear night, when there was a full moon? If so, you probably noticed that it was incredibly bright, almost ten times brighter than a half moon. How can that be? Shouldn't a half moon be half as bright as a full moon? To find out, you will need: 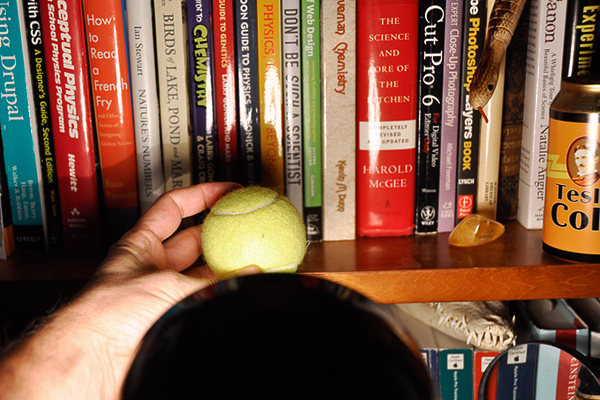 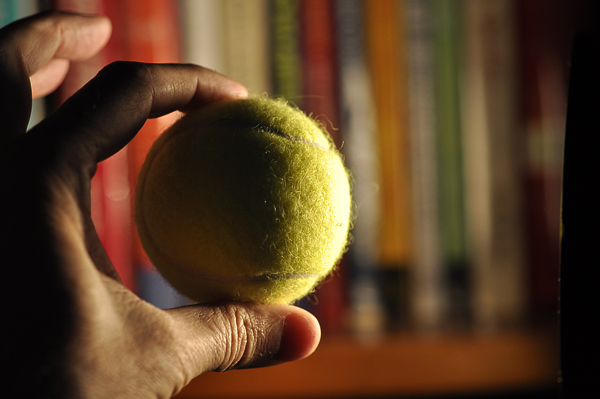 The lamp will simulate the Sun, and the ball will simulate the moon. You are going to be the Earth. Lets start with a full moon. Darken the room by turning off the lights, and closing the window shades. Turn on the lamp, and sit with your back to it. Hold the ball out in front of you, so the entire surface of the ball seems well lit. This is how the moon is positioned during a full moon, on the opposite side of the Earth from the Sun. Notice how the light from the Sun (the lamp) is reflecting off the moon (the ball) back to you, making it look very bright.

OK, now lets switch to a half moon, also known as either a first quarter moon or a third quarter moon. To see that, turn in your chair so that the Sun (the lamp) is directly to your left. Again, hold the ball out in front of you. The side of the ball that faces the lamp is still fully lit, but you can only see half of it. The side of the ball that is away from the lamp is dark, and you can see half of that. It should look much like the photograph of the half moon.

Notice that even the lighted part of the ball is not as bright as it was when you simulated the full moon. That is because most of the light is still reflecting back towards the lamp, just as it was before. The difference is that you are not between the lamp and the ball, so that reflected light is not coming towards you.

If you want to compare the actual brightness of the different phases of the moon, do an internet search for "printable eye chart", or make your own. It should have very large letters at the top, and they should get smaller as you go down the page. Print that page, and find a place outside where there are no lights shining on you except for the moon. Notice what phase it is in, and then see how far down the chart you can read, using moonlight for illumination. On a clear night, with a full moon, you should be able to read several of the top lines of letters. A week later, at the half moon, try it again. Be sure that the moon is about the same height in the sky. You will find that it is much harder to see the letters, because there is much less light. You might even try it every night, to see how much it changes from day to day. Does it change the same amount every day? Can you figure out why? Might make a good science fair project.