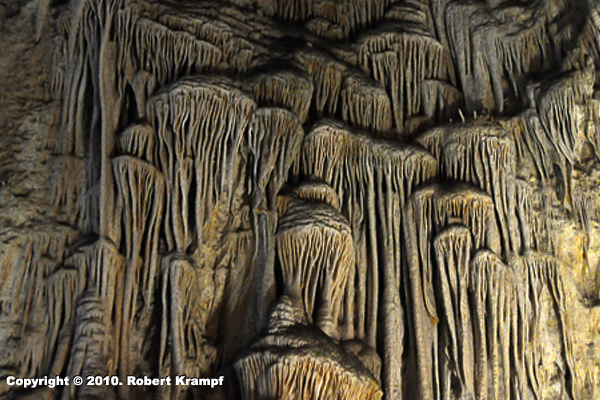 This is Carlsbad Caverns. What are the main chemicals involved in the formation of all of those beautiful, flowstone structures?

For most caves, the chemicals involved are calcium carbonate (limestone), water, and carbon dioxide. The carbon dioxide combines with rain water to form carbonic acid, which dissolves away the limestone and deposits it again as stalactites, stalagmites, flowstone, etc.

As they metabolized the hydrogen sulfide, they released sulfuric acid as a byproduct. The sulfuric acid dissolves the calcium carbonate of the limestone, leaving behind deposits of gypsum. 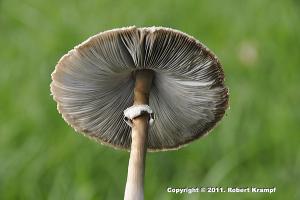 Question:
Mushrooms produce spores instead of seeds. What is the difference?