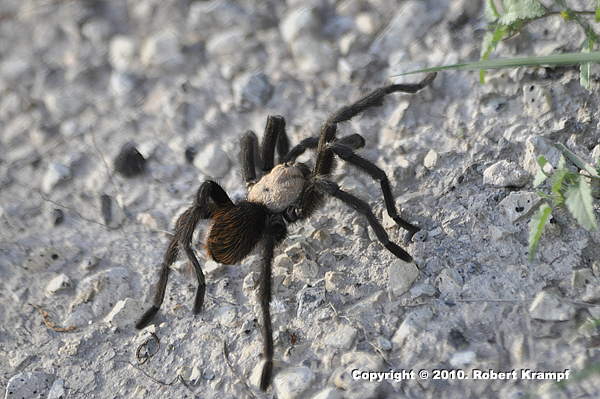 We spotted this beautiful spider crossing the road. Why are tarantulas called tarantulas?

The name tarantula was first used for a kind of large wolf spider found around the city of Taranto in Southern Italy. This spider's bite was supposed to cause the victim to writhe and whirl around in pain. A very fast, whirling dance imitated it, and was called the Tarantella.

When the first European explorers came to the Americas, they found huge spiders, which they called tarantulas, after those large, Italian wolf spiders. That name stuck, and they are still called tarantulas. In spite of their horrible reputation, they are relatively harmless unless you harass them, and even then, their bite is painful, but not dangerous, unless you are allergic to them. 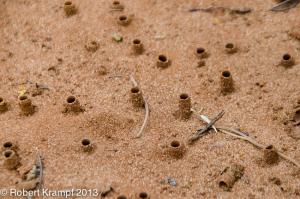 Question:
Yesterday we found several large areas that were covered with these tiny tubes. Each is about the diameter of a drinking straw. What caused this?