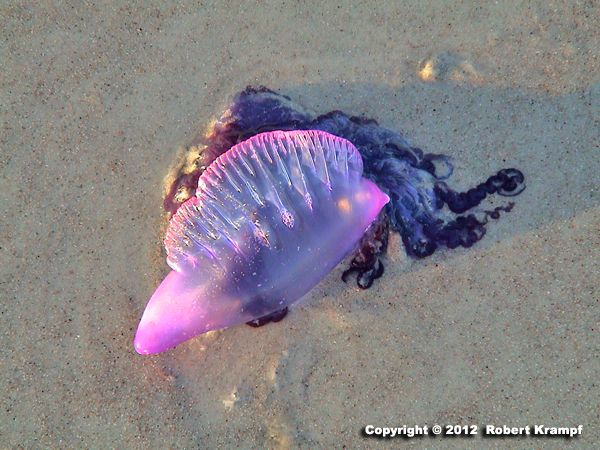 The Portuguese man o' war floats due to its gas filled air sac. What gases are inside, and how do they get there?

The gas-filled float is called a pneumatophore. In addition to causing the colony to float, it also serves as a random sail to move the man o' war from one place to another. This is not controlled sailing. They just float wherever the wind and water carry them. The composition of the gas in the pneumatophore is an interesting study in the way information changes over the internet. Many articles state that the gas is similar to the surrounding atmosphere, except for a very high concentration of carbon dioxide, sometimes up to 90%.

I always try to track information back to the source, and in this case, I found that the extra gas is actually carbon monoxide, not carbon dioxide (Wittenburg, J. B 1960. The Source of Carbon Monoxide in the Float of the Portuguese Man-of-War, Physalia physalis L J. Exptl. Biol. 37:698) and that the 90% figure comes from a different report, on a different colonial organism, called Nanomia bijuga. The float of the Portuguese man-o-war does usually have excess carbon monoxide, but only about 13%.

We don't usually think of animals as producing carbon monoxide, but most of them (including us) produce some as a normal part of respiration. In high concentrations it is toxic, but you have low levels in your blood right now. The Portugueses man-o-war and its relatives produce quite a bit of carbon monoxide, and most of it is used to inflate the air sac. 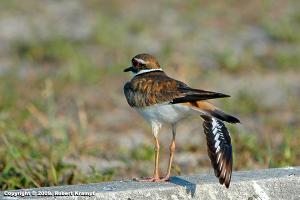 Question:
What is this bird doing with its wing?