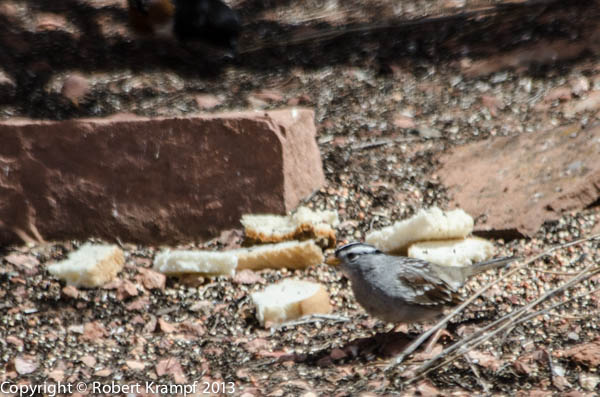 Is eating bread bad for birds? 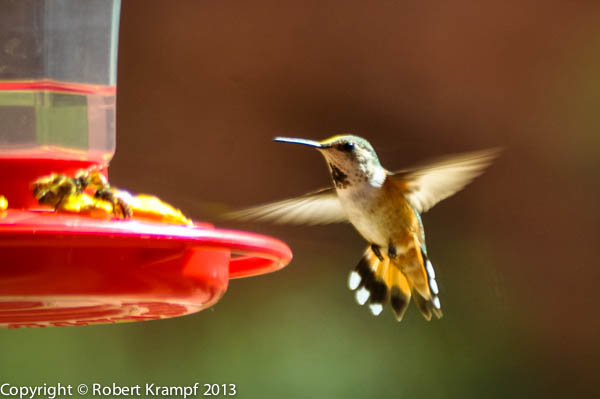 Lets start with the question I asked. “Is eating bread bad for birds?” I have to start by saying that it was intentionally a VERY vague question. A lot depends on which birds you are giving the bread to. If you want to offer some bread to a Golden Eagle or a hummingbird, they will most likely not eat it, and if they did, it would not be good for them. As with other animals, each species of bird has a digestive system that is adapted to specific foods. A food that is good for one animal may not be good for another. A good example of that is milk. Birds do not have the ability to digest lactose, and it can cause the same digestive problems that it does with lactose intolerant humans.

OK, are there any birds that bread might be good for? Hmm. What is bread made of? Wheat. What is wheat? The seed of a wheat plant. That sounds like bread could be OK for birds that eat seeds. Does that give us our answer? No. While it sounds right, we need some scientific data to back it up. Show me the data! 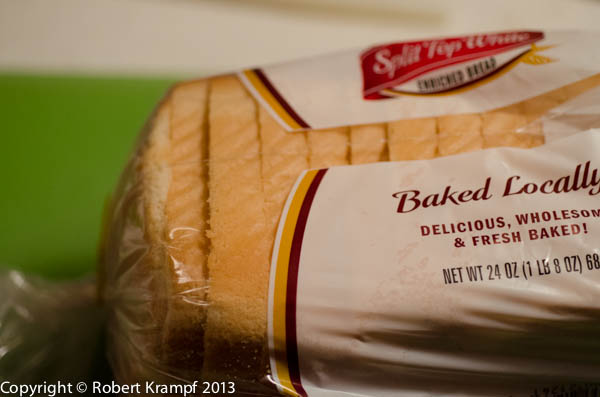 Lets check the internet. If you type, “Is bread bad for seed eating birds?“ into your favorite search site, you will find thousands of pages ( I found 30,800,000), most of them telling you that bread is bad for birds. That sounds pretty convincing. If all those sites say that bread is bad, is that enough for our answer? No. Not unless they have valid, scientific data to support their statements. Show me some scientific data!

While you are searching for that rare scientific site, take a look at the arguments the other sites use to say that feeding bread to birds is bad. The most common argument is that bread, especially white bread, has little or no nutritional value. Now that is something that we can fact check!

The US Dept. of Agriculture has a nutrition database ( http://www.ars.usda.gov/main/site_main.htm?modecode=12-35-45-00 ) that lets you look at all of the nutrients in common (and some not so common) foods.

Whole wheat bread has a little more fiber. White bread has a little more calcium. The amounts of vitamins, minerals, and lipids vary slightly. White bread has a little better amino acid score (52 vs 22 for whole wheat). Both are fine as part of a nutritious diet for people. An even easier way to compare is with a side by side comparison the next time you go grocery shopping. Look to see if there really is that much of a difference between one bread and another. Then compare the nutritional value of bread to other foods, such as wild rice, hummus, etc. You may be surprised at the results.

So plain, white bread is nutritious for humans, but what about for birds? Their nutritional requirements are different from ours. Go back to your internet search and keep looking......and looking.....and looking. What you will eventually find is that there is not a lot of scientific data available on this topic. I did find several scientific studies on the nutritional properties of wheat for chickens (for example http://edepot.wur.nl/4262), and it seems that it is pretty good for them. In many countries, wheat is the main feed used for raising chickens.

At that point, I wanted to compare bread with the nutritional values of some of the seeds that birds usually eat. That should give us an even better picture of how nutritious bread is for birds. For some reason, not a lot of research has been done on the nutritional value of grass seed, dandelion seed, or sagebrush seed. Luckily, the Dept. of Ag. site does have nutritional info on millet seed, which turns out to be very similar gram for gram to a slice of white bread. On the other hand, sunflower seeds and thistle seeds (nyger seed) are much more nutritious gram for gram than either bread or millet. 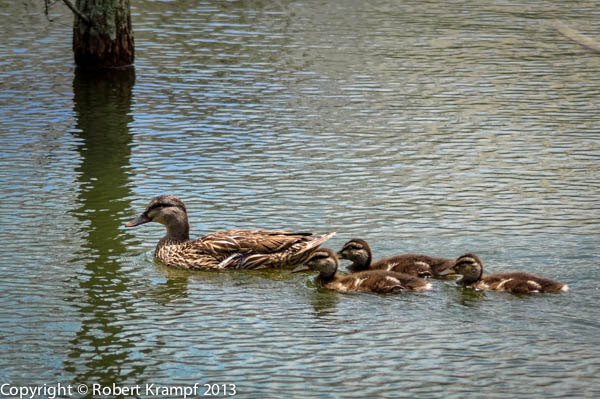 Looking at all the data, the same general advice that works for people seems to work for birds. Having some bread with your meal is fine, and it can be a good source of carbohydrates, calcium, and a variety of vitamins and minerals. Nutritionally, it is perfectly fine to give your birds an occasional piece of bread. If you do feed bread to your birds, be sure that it is not moldy, as some bread molds are toxic to birds. Also, do not put out more than the birds will eat, as it will mold quickly.

On the other hand, neither birds nor people do well on a diet of just bread and water. They need a balanced diet. Occasionally putting out some bread for the birds is not harmful, but the ducks at your local park should not be living on a steady diet of bread from everyone that passes by. If they fill up on this quick, easy food, they will not eat the other things that they need for a balanced diet.

Another problem with bread is that it floats, which tempts people to throw it into the water for ducks and other water fowl. Uneaten bread eventually sinks, and makes the water foul. Other suggested duck foods sink, which means that people tend to put it on the shore, keeping the water clean. If you put some bread (not too much) on the shore, it should be perfectly fine for the ducks, unless there are a LOT of other people doing the same thing. 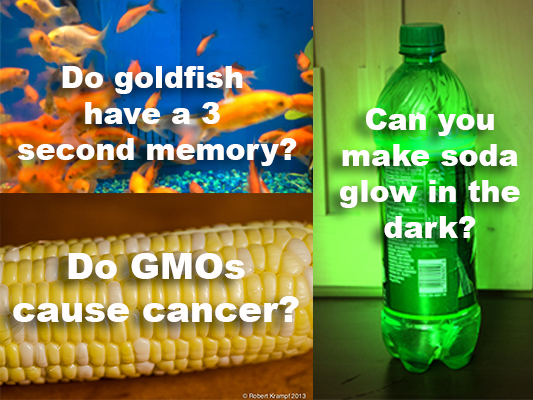 Attracting Wildlife to Your Yard 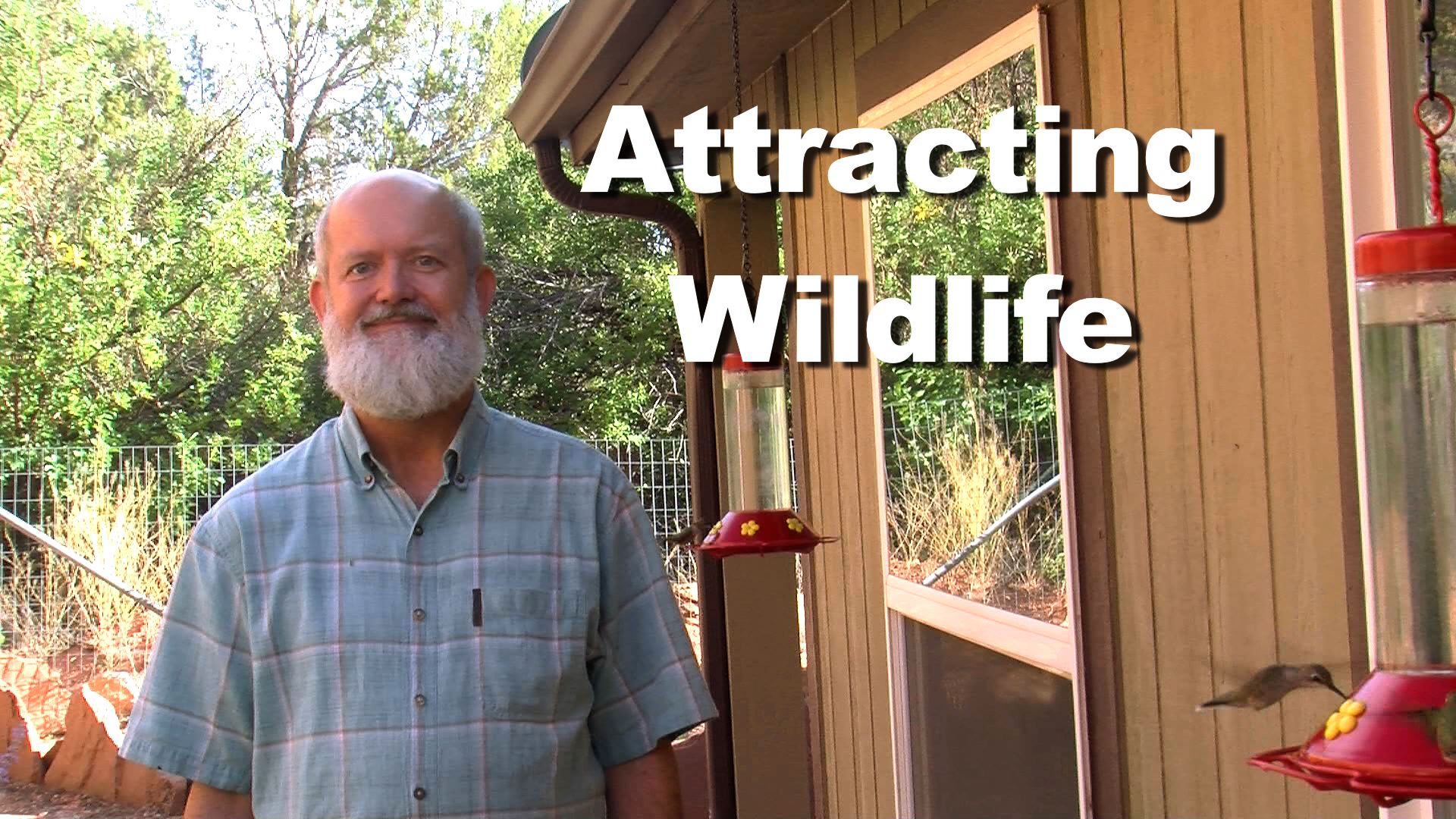