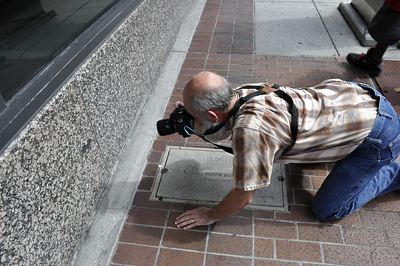 What if you live in a big city, with no road cuts or rock outcrops nearby? Are you out of luck for finding rocks to study? No! Many of the buildings in most cities have decorative stonework covering their outer walls and their lobbies. You won't be able to collect specimens, but you can collect some marvelous photographs. 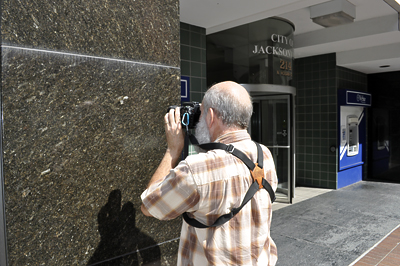 A good place to start is the with government buildings, such as City Hall, the courthouse, or the public library. Banks and churches are also good locations to investigate. Look at the stonework on the outside of the building, but you can also ask to look at any stonework in the building lobby. Be sure to ask permission before you start wandering around inside a building, especially with a camera. If you ask first, you can usually get permission, but it is much easier to get permission before you are "caught in the act." 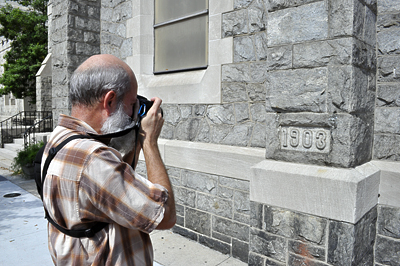 Historic buildings are great, because they were often built from local stone. If you know when they were built, they can also give you an idea about how fast the stone weathers. Hard stones, such as the gneiss in this church, weather very slowly, so they will have sharp, precise edges, even after a hundred years or more. Limestones and marbles are much softer, and the edges tend to round much more quickly. 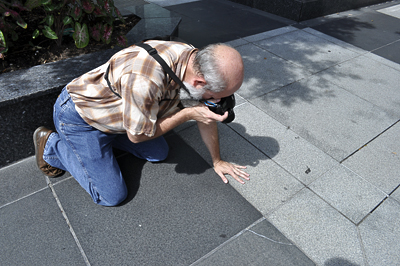 Don't forget to look under your feet. Slate, granite, gneiss, and even basalt are frequently used as paving stones. Some cities have streets that are still paved with cobble stones, rounded rocks from local rivers and streams.

For examples of what you might find, look at the Identifying Igneous Rocks chart. All of those photos were taken from buildings in downtown Jacksonville, FL.