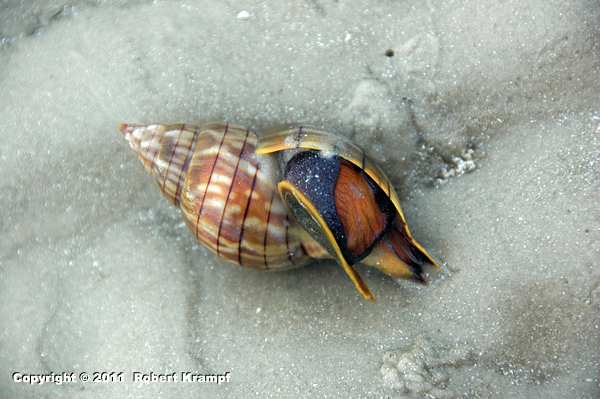 Like most snails, most Banded Tulip shells have a right handed spiral. With the opening facing you, and the point up, the shell spirals to your right. A few, lucky snails in most species spiral to the left. Why does that make them lucky?

Crabs are major predators of marine snails, and most crabs are "right handed" or "right clawed". They use their dominant claw to reach in and pull the snail out of its shell. If the snail has a left handed whorl, the crabs often get frustrated, letting the snail go on its way.

So if this is such a great adaptation, why don't more snails have left handed shells. Having a left handed shell makes it more difficult to mate with a right handed snail. Even though being different is an advantage for surviving crab attacks, it is a disadvantage when it comes to passing that genetic trait on to future generations. 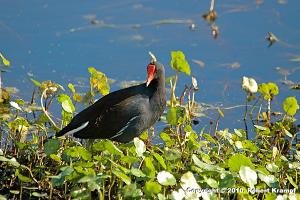 Question:
What is unusual about this bird's courtship behavior?