Notice that the definition of a rock does not say that it has to be inorganic. Some sedimentary rocks are organic, made up of materials that were once part of a living organism. Since minerals cannot be organic, organic rocks may not contain any minerals.

Coal is not the only sedimentary rock that has organic origins. There are several kinds of rocks that are mostly or completely made up of parts of living organisms. 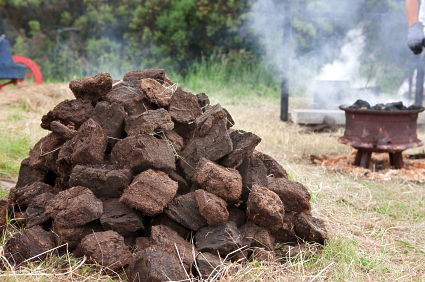 Peat is sometimes used as a fuel.

Peat
Peat is made up of compressed plant material, buried in bogs or swamps. These areas have standing water, which quickly runs low on oxygen as the plants begin to decompose. The lack of oxygen keeps the rest of the plants from decomposing, building up layer upon layer of plant material. In some parts of the world, peat is used as fuel. 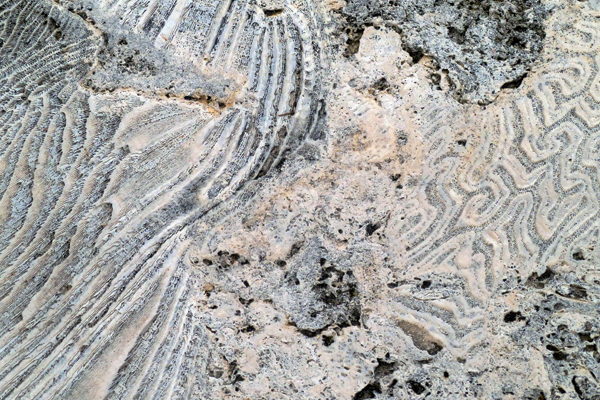 Limestone made of coral

Fossiliferous Limestone
Fossiliferous limestone can be made up of coral, sea shells or parts of other marine creatures. Large reefs and layers of shells made of calcium carbonate can become limestone. Since it is made up of parts of organisms that were alive, it has no minerals. 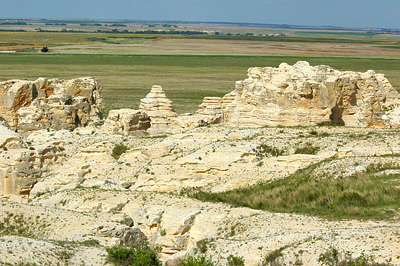 Chalk
Chalk is a type of limestone made up of the shells of tiny, marine creatures called foraminifera. These single celled organisms produce shells made of calcium carbonate. When they die, their shells fall to the bottom. Over long periods of time, these shells can form thick layers of chalk that often contain the fossils of other creatures. 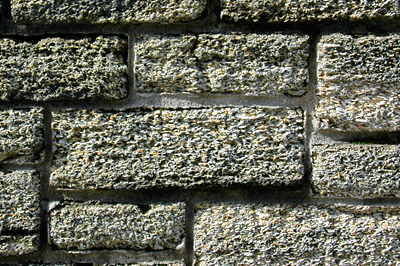 Coquina
The rock coquina is made up of pieces of sea shells, which were formed by living creatures. The shells are usually cemented together with either calcite or an iron oxide. Because it is soft, and easily shaped, coquina has been used as a building stone. 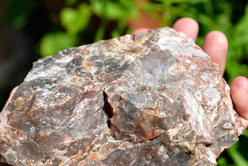 Flint
Flint is composed of silicon dioxide, chemically the same as quartz. At first glance does not seem to be produced by living creatures, but under a microscope, it can often be seen to be made of the glassy shells of microscopic organisms known as radiolarians. Radiolarians are protozoans related to amoebas, but unlike the amoeba, they produce a shell made of silicon dioxide.