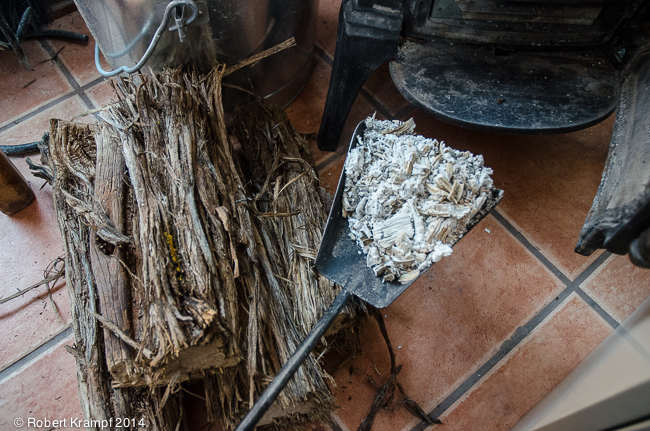 The wood in this pile will be reduced to this much ash when it is burned. What happens to the rest of the mass from the wood?

UT.5.I.1.a Compare the total weight of an object to the weight of its individual parts after being
disassembled.
UT.5.I.1.d Investigate chemical reactions in which the total weight of the materials before and after reaction is the same (e.g., cream and vinegar before and after mixing, borax and glue mixed to make a new substance).
UT.5.I.3.d Compare a physical change to a chemical change.
UT.8.I.4.c Demonstrate that mass is conserved in a chemical reaction (e.g., mix two solutions that result in a color change or formation of a precipitate and weigh the solutions before and after mixing).

5-PS1-2 Measure and graph quantities to provide evidence that regardless of the type of change that occurs when heating, cooling, or mixing substances, the total weight of matter is conserved.
MS-PS1-5 Develop and use a model to describe how the total number of atoms does not change in a chemical reaction and thus mass is conserved.