There are many things that will float on water: pieces of wood, wax, Styrofoam, and many other things. They float because they are less dense than the water. Now for the question. Can water float on water? Is there a way to make water less dense?

This experiment comes from my neighbors at the Malibu Creek State Park campground. While taking my morning walk, I heard a lady bragging to her husband that she started the campfire with only one match. That made me think of the fellow that I watched the night before as he poured two bottles of charcoal lighter fluid onto a pile of wood and still failed to get the fire going. He would pour on the liquid and get a huge blaze, which quickly died. How could the heat of one match work better than a gallon of blazing lighter fluid? 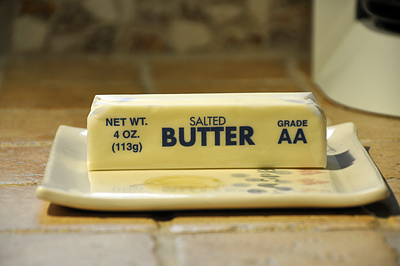 This time we will take a look at the science of cooking green vegetables. Now, some of you may be saying "Ick!", but even if you don't like to eat them, it is still interesting to watch them cook. Also, knowing some of the science may interest you enough to give them a second chance, and you may discover how delicious they are.

One of the most common questions that I get is where do I get the ideas for these experiments. Some are old classics that I try to give a new angle. Others are the result of questions sent to me by subscribers. Some of the ones that I like the best are the ones that just pop up, seemingly out of nowhere. This is one of those. It also comes with its own story, which makes it even better.

The story is one of Aesop's fables. If you have never read any of these, go read some. It is well worth the time.

This experiment is about bread. If you have used my website for long, you know that I like experiments with food, especially when it is tasty food. We regularly bake bread, and there are few smells that are better than the smell of freshly baked bread.

This experiment comes from a question that I got from a subscriber. As I researched the question, it was even more interesting than I expected. It also seemed like a good excuse to eat lots of ice cream.

Go back to part one.

OK, now lets take these statements one by one, to see whether they are scientifically testable.

Because of a large number of requests, I am making a small change in the order of this series. I will bump the classroom project until next time so we can talk about making your project scientifically testable.

Ahh, those three special words that can strike terror into the hearts of students, parents, and teachers. I have already begun to get emails requesting fun, quick, easy projects that no one has ever done before, and that will win the science fair. I wish I had a few hundred thousand projects that fit those requirements, but even that would not take the frustration out of this annual ordeal.