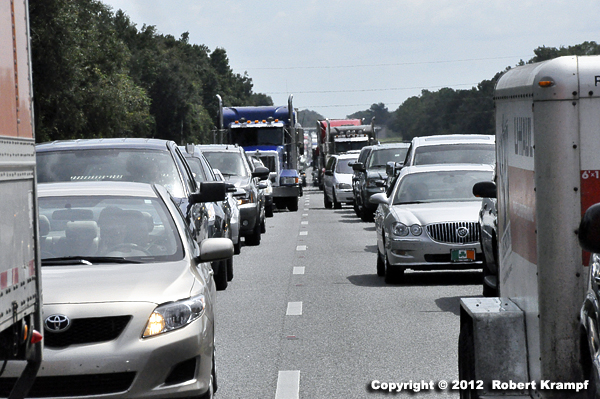 When this traffic jam starts moving, the cars will be able to speed up faster than the big trucks. Why?

SC.5.P.13.3 Investigate and describe that the more mass an object has, the less effect a given force will have on the object's motion.

UT.3.III.2.b Compare and chart the relative effects of a force of the same strength on objects of different weight (e.g., the breeze from a fan will move a piece of paper but may not move a piece of cardboard).

MS-PS2-2 Plan an investigation to provide evidence that the change in an object’s motion depends on the sum of the forces on the object and the mass of the object.