Most people are familiar with three states of matter: solid, liquid and gas. Actually, if you dig into the world of physics, there are several more, but for now we will only add plasma to the list, and we will look at the first three states before talking about plasma.

Things like rocks, wood and ice are solid. Solids stay the same size and shape, no matter what container we put them in.

Things such as alcohol, oil, and water are liquids. They stay the same size, but they change their shape to fit their container.

This investigation comes from a request made by a teacher. She wanted an easy way to demonstrate how different states of matter react to pressure. 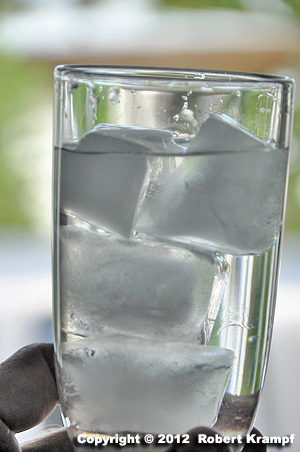 What are the different states of matter? It’s not a difficult question, but the answer often depends on how old you are.

In Elementary School, you were probably told that there are three states of matter: solid, liquid, and gas, and that all matter is in one of those three states.

When is a glass full of water really full? You may be surprised at how much you can add to a full glass without overflowing the water.

This experiment is a classic demonstration of air pressure that also shows how drastically matter changes as it moves from one state to another.

There are only two more days before we head for New Zealand. I am looking forward to the farm, the beach, seeing friends, and the food. It will be a LONG flight, but I am even looking forward to that. Most of my packing is done, and I am down to the "what did I forget" stage.

This experiment came from researching an experiment on cooked vegetables. As I was boiling each vegetable sample, I had quite a bit of time to watch the water boil. If you have ever watched a pot of water boil, did you notice all the strange things the bubbles did? No? Then it is time to go back to the stove and boil some water.