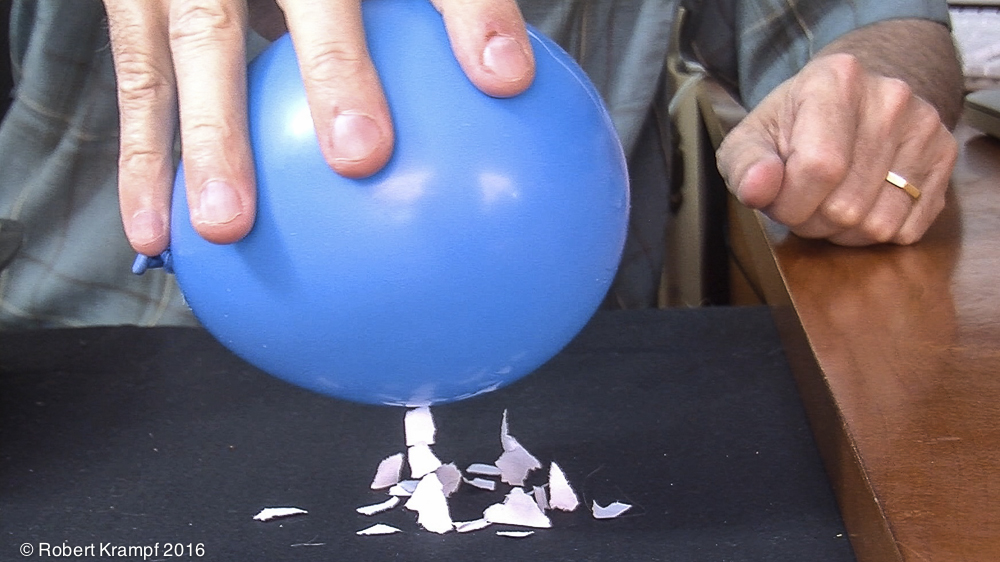 I gave this balloon a negative electrostatic charge by rubbing it on my hair. Then I tore up bits of paper, and put them on the table. When I brought the balloon near them, they were attracted to the balloon. Why?

UT.5.IV.1.c Describe the behavior of objects charged with static electricity in attracting or repelling without touching.