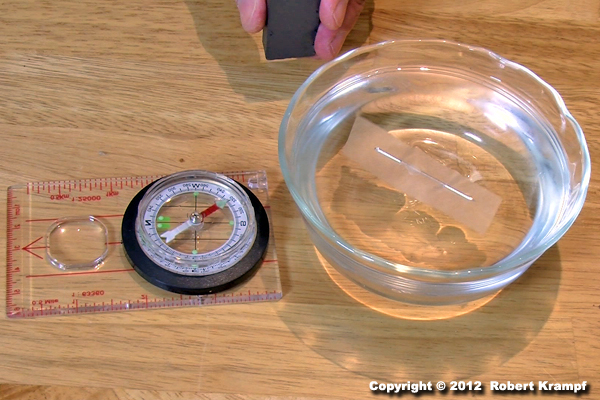 This magnet attracts the compass and the magnetized needle without having to come in contact with them. This is an example of a force acting at a distance.

Which of the following is another example of a force that acts at a distance without actual contact?